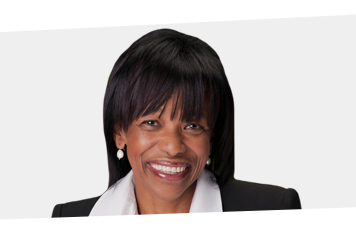 Cheryl is the Non-Executive Chairperson of IQbusiness, and a Director on a number of listed and unlisted companies, including De Beers and Investec. She is also the Executive Chairperson of Peotona Group Holdings – a women-owned and -managed company that returns two thirds of its profit to the communities in which it operates, and from which it draws its workforce.Prior to her current roles, Cheryl held senior leadership positions in the liberation movement in South Africa, working closely with Nelson Mandela and helping to negotiate the new South African Constitution. She also served as South Africa’s High Commissioner to the United Kingdom from 1998 to 2001, and was the CEO of SA Tourism from 2001 to 2004. Finally, she was Chairperson of the South African National Parks Board for six years.

Cheryl has a BA Law Degree, Bachelor of Education, and Honorary Doctorate in Law (in recognition of her achievements in the field of Human Rights). She was appointed as a trustee of the British Museum by Her Majesty, Queen Elizabeth, and, in 2014, she was awarded the French National Order of Merit by the Government of France. She works with NGOs focused on young people at risk, conflict prevention, conservation and biodiversity, including Soul City, WWF and International Crisis Group.