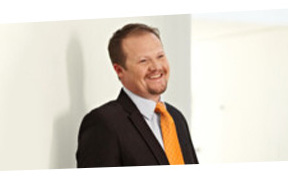 Andrew joined IQbusiness to head up the newly formed Insurance vertical to assist in creating an Insurance focused, solutions capability in the Digital Transformation arena.

He has operated companies in several different countries South Africa, Kenya, Mozambique, Zimbabwe, Mauritius, Zambia, Rwanda and Tanzania. In addition to this he has travelled widely to over 35 countries in SSA researching and investigating insurance companies and their related markets. During the course of his career, he has evaluated over 100 companies and overseen multiple acquisitions.

During his career, he has had extensive dealings with many Development Finance Institutions worldwide such as the, World Bank, IFC, DEG, Proparco, Finnfund and Afdb. He led fund raising efforts to both DFI and PE funds in Europe, the USA and the Middle East.

He has been a Director on multiple Boards and a member of several Investment Committees.

Andrew holds a BA (Law) and a Masters Degree in Corporate Strategy, Investment and Portfolio Analysis and International Financial Markets.