Can liquor improve health and the economy ? | IQbusiness
11 May 2020 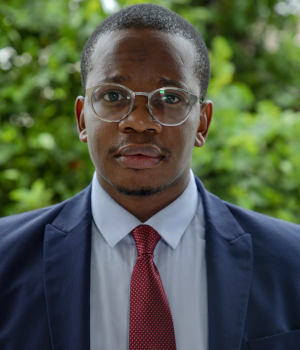 The South African Revenue Service (SARS) has estimated that the economy lost approximately R1.5 billion in April as a result of the alcohol and cigarette sale restrictions, and the illicit trade in the black market is estimated conservatively at R100 million per day.

This not only places a tax leakage burden for the fiscus, but also poses a health risk for the consumers of the illicit goods.

Business Leadership South Africa (BLSA) and Business Against Crime South Africa (BACSA) have been at the forefront of working towards understanding the extent of the illicit trade in South Africa, having looked specifically at Alcohol, Tobacco and Textiles with a view to extend their analysis into other sectors like the pharmaceutical and food retailing sectors.

At a recent webinar they hosted on the topic, one of the suggestions I made was for government to explore ways of socially compacting with communities, and private sector for the creation of new economies that can make use of liquor and tobacco.

For example, government can partner with the likes of Pioneer Foods (makers of Sasko bread), or Tiger Brands (makers of Albany bread) to build bakeries in townships in South Africa, and sign off take agreements to sellers of beer and use that to make beer bread in whole wheat or sourdough variants.

Having these bakeries in the townships would enable them to price the break cheaper given lower logistics costs and likely cheaper cost of using local land.

More importantly, the benefits of this would be 1) bringing a much-needed financial reprieve to the tavern owners and beer merchandisers in the townships whose revenues have dried up, 2) township economy investment and build food manufacturing capacity into the economy that could absorb jobs and support economic growth and 3) improve the nutrition outcomes of township economy by bringing cheaper and fresher bread for daily consumption in their households.

Bread is reportedly the second-most important staple food in South Africa after maize meal. According to the Food Advisory Consumer Service (FACS), the per capita bread consumption in South Africa in 2017 25.8kg, considerably less than the 40.2 kg in 2006. This equates to roughly 2.28 billion loaves sold (49% white and 51% whole-wheat) versus the 2.75 billion loaves sold in 2006 (60% white bread and 40% brown bread).

The four major bakeries, Pioneer Foods, Tiger Brands, Premier Foods and Foodcorp, make up approximately 70% of the domestic bread market, according to research company ReportLinker. The decline in consumption has largely been a result of lower household income and rising poverty and inequality levels marginalised communities in the country.

The proposed township model would be an opportunity to democratise the access to the manufacturing technology, infrastructure and capabilities to ensure more broad-based participation by smaller, in-community bakers while building manufacturing capacity in the country as a whole. Government would in return explore tax and trading incentives for the large bakeries who would play a leading role in building an inclusive in-community bakery industry.

Beer can also be used for the manufacturing of other foodstuffs like sauces, and this could potentially be explored given the already burgeoning market for chakalaka and atchar in townships.

This is an opportunity to take the current crisis by its scruff and pivot towards an economy with broad-based productive capacity. This pivot will not only help struggling beer sellers stay afloat in the wake of an alcohol sale ban, but also look to future proof the economy for a post-coronavirus labour and economic context.